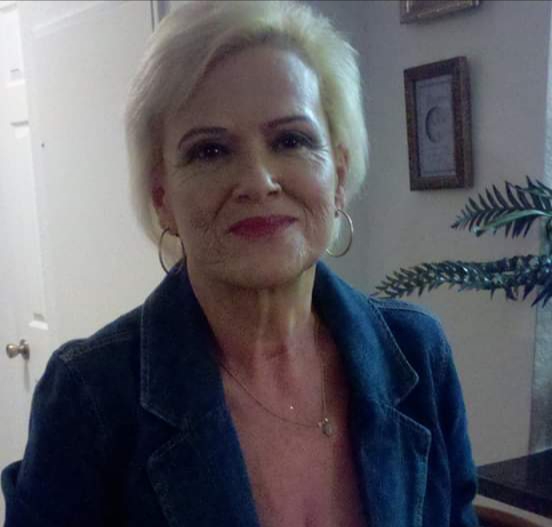 Vivian G.Shook, daughter of Cecil E.and Lina D.Gregory, entered into rest on December 15, 2019
She was preceded in death by her husband James C.Shook, as well as 7 brothers and 2 sisters. She was a beloved mother, grandmother, great-grandmother and mother-in-law. She was also a foster mother to 31 children. She is survived by 4 daughters, Angela Jeffery, Gidget Wells (Terry), Surina Phillips(Ben), and Robin Patz (Ann). Also 8 grandchildren, Dyllan Shook, Angel Griffin(Michael), Joey Griffin(Heather), Priscilla Davis(Eric), Sadie Eash(Tim), Marissa Phillips(Charles),Megan Griffin, and Olivia Phillips. As well as 6 great-grandchildren, numerous neices and nephews and a multitude of friends.
Vivian was a retiree of RCBOE, where she drove a school bus for many years. She had a great love of flower arranging in her later years and provided many beautiful arrangements for family and friends over the years.
A memorial service will be held 2PM Thursday December 19, 2019 at Poteet Funeral Home, 3465 Peach Orchard Rd Augusta GA 30906.

Offer Condolence for the family of Vivian Gregory Shook

Funeral and cremation costs can be very confusing. All our prices are clearly disclosed on our general price list and website. END_OF_DOCUMENT_TOKEN_TO_BE_REPLACED

100% Service Guarantee Central Savannah River Crematory is committed to service beyond expectation before, during and END_OF_DOCUMENT_TOKEN_TO_BE_REPLACED