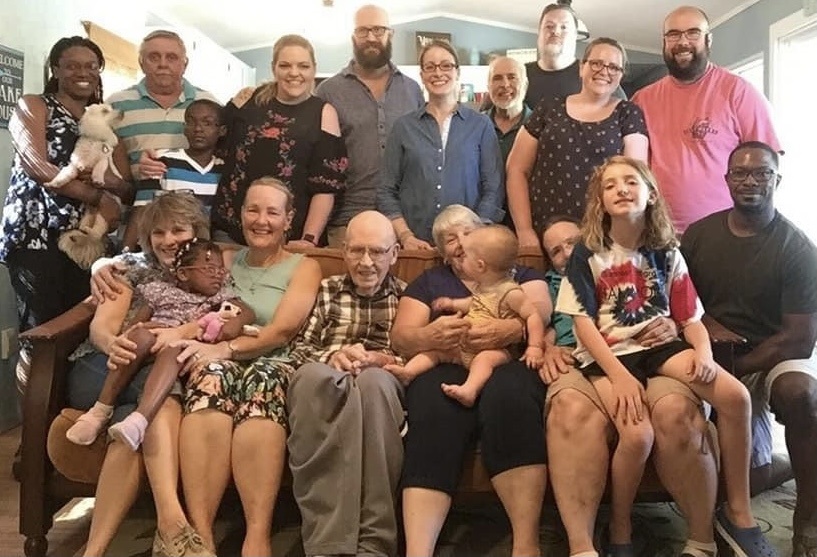 On Thursday, January 7, 2021, Lawrence Eugene Illingworth, loving husband and father of five daughters, passed away at the age of 96 in Evans, Georgia, from COVID.

Lawrence was born on August 24, 1924 in Lafayette, Indiana, where he grew up on a rural farm. On August 24, 1949, he married Leontine Catherine Hughes, his Southern Bell from Louisiana. Her parents had warned her, “Don’t you go up north and fall in love with one of those damned Yankees!” Lawrence said she was the best birthday present he ever received, and the love of his life. He served at the end of World War II, where he was on a ship headed to invade Japan when the bombs were dropped and the soldiers returned home, and the Korean War, where he served at P’anmunjom during the treaty talks. He received degrees from Purdue University and Notre Dame University. He spent many years teaching mathematics to young minds in Indiana and Florida, and will be remembered fondly by many.

Lawrence’s death is preceded by that of his wife, Catherine, in 1999, and he is survived by his five daughters, Linda Illingworth-McWatters, Barbara Asmus, Julie Field, Jeannie Cain, and Diane Mazon, five sons-in-law, seven grandchildren, and nine great-grandchildren.

He was a world traveler, known for his quick wit and sage advice, but mostly for his loving heart. No matter what was going on in his life, he always had time for his family.

A Memorial Service will be held in the spring, after Covid vaccinations are available. For information, contact jcain3156@gmail.com.

He will be greatly missed.

Offer Condolence for the family of Mr. Lawrence Eugene Illingworth

Funeral and cremation costs can be very confusing. All our prices are clearly disclosed on our general price list and website. END_OF_DOCUMENT_TOKEN_TO_BE_REPLACED

100% Service Guarantee Central Savannah River Crematory is committed to service beyond expectation before, during and END_OF_DOCUMENT_TOKEN_TO_BE_REPLACED