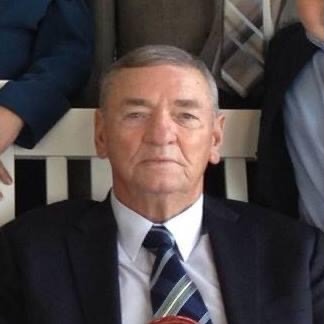 Howard was born on September 9, 1933 in Griffin, Georgia, to the late Robert and Rebecca Battle. He was one of four siblings.

Joining the United States Army in 1952, Howard was stationed at the Herzo Base in Germany when he met Irmgard Elisabeth Battle (née Otto). They married on July 4, 1958 and celebrated their 63rd anniversary this year. Howard was a veteran of the Korean and Vietnam Wars and retired as a Master Sergeant after serving for 22 years. He had also been awarded the Bronze Star. He later worked at Liquid Air, where he retired as plant manager after 23 years.

Howard was a devoted husband, father, and grandfather. He could always be found on the sidelines, cheering on his family at a softball, soccer or basketball game, band competition, swim meet, or music gig. He also enjoyed fishing and listening to music.

Howard was survived by his wife, Irmgard Elisabeth Battle; four sons and their wives, Robert and Rhonda Battle, Glenn and Lisa Battle, Joel and Vicky Battle, and Aaron and Rosemarie Battle; and 14 grandchildren and 18 great-grandchildren.

Flowers may be sent to Ascension Lutheran Church on the day of the funeral after 1PM. In lieu of flowers, donations may be made to woundedwarriorproject.org or pva.org

Offer Condolence for the family of Howard Glenn Battle

Funeral and cremation costs can be very confusing. All our prices are clearly disclosed on our general price list and website. END_OF_DOCUMENT_TOKEN_TO_BE_REPLACED

100% Service Guarantee Central Savannah River Crematory is committed to service beyond expectation before, during and END_OF_DOCUMENT_TOKEN_TO_BE_REPLACED