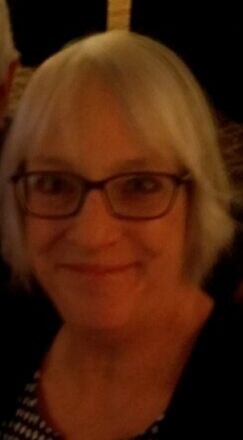 Mrs. Bain taught 17 years in the Richmond County School system from 2000-2017.  Mrs. Bain was assistant to the Director of Hospital Admissions at the Medical College of Georgia from 1987-1990.  She then went on to serve the next 5 years as the church secretary at Prince of Peace Church, where she attended with her family from 1985 until her death.

In 1997 Cheryl returned to Augusta University and finished her degree in Criminal Justice, her first career love.  Around 2000 Cheryl realized that her final love was teaching and graduated in 2004 with a teaching degree.

After a series of health problems, Cheryl retired from Hephzibah Elementary School in Richmond County in September of 2017.  After a battle with pancreatic cancer, Cheryl was called home on Sunday morning, October 18, 2020.

A memorial service will be held on Saturday, October 24, 2020 at 11 0’clock in the morning at Prince of Peace Evangelical Lutheran Church.  Lunch will be served by the women in the church immediately following the service.

Cheryl taught women’s adult Bible study with another church member for six years.  The two women also did a program called “Advent by Candlelight” the last six years of her life.  The program focused on an advent theme that brought women attending closer to the story and meaning of Christ’s life.  The last year of her life she and her daughters led an Easter program with a Bible lesson and egg hunt at her church.  Cheryl’s life was devoted to teaching people.

Offer Condolence for the family of Cheryl Leonhardt Bain

Funeral and cremation costs can be very confusing. All our prices are clearly disclosed on our general price list and website. END_OF_DOCUMENT_TOKEN_TO_BE_REPLACED

100% Service Guarantee Central Savannah River Crematory is committed to service beyond expectation before, during and END_OF_DOCUMENT_TOKEN_TO_BE_REPLACED