You are here: Home / Archives for Obituaries 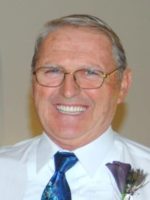 Augusta, Georgia   Mrs. Nancy P. Tucker, 61, of Augusta, entered into rest on Wednesday, April 20, 2016. Mrs. Tucker was born on August 8, 1954 in Ft. Gordon, Georgia to the late William and Norma Jackson Duhamel.  She was an office administrator for the Mednet Company. Mrs. Tucker is survived by her husband, William Carroll Tucker, her son, Robert Tucker; her granddaughter, Alysia Tucker; and her sister, Sharon Freeman. Funeral services will be private and held at the END_OF_DOCUMENT_TOKEN_TO_BE_REPLACED

Funeral and cremation costs can be very confusing. All our prices are clearly disclosed on our general price list and website. END_OF_DOCUMENT_TOKEN_TO_BE_REPLACED

100% Service Guarantee Central Savannah River Crematory is committed to service beyond expectation before, during and END_OF_DOCUMENT_TOKEN_TO_BE_REPLACED